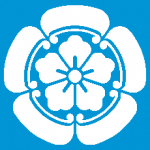 In this time of social distancing

In this almost surreal time, I hope that you are doing well in California; I've heard that the state is doing fairly well thus far to flatten the curve. On my side, I have been doing some telework for a while before my local and federal government issued the stay-at-home order, so it's not like I'm really fazed although I miss going to the pub on weekends with my friends and fellow United supporters to cheer for the team in big matches.

I see that you still add details every now and then to the characters of Angel Knight. I still hope to see the first chapter coming out at any time; it would be a good read in the current times. And by the way, I will write the penalty shootout between United and Bayern as well as the end of Chapter 45 very soon. Stay tuned for it.Toukairin2012 (talk) 21:16, April 5, 2020 (UTC)

I see you started this journey with Angel Knight at last. It's a really nice beginning, and I already look forward for more. By the way, I listened to this nice 2014 cover of "The Impossible Dream" by Susan Boyle today. It is the first time that I ever listened to a feminine cover of that classic song, and I was deeply moved. I feel this will fit somewhere in Keiko's new story.Toukairin2012 (talk) 20:54, May 19, 2020 (UTC)

The Premier League is restarting again this week. I want to show you this halftime rant by Roy Keane on British TV. If you wanted to see what kind of compulsive winner he was and still is as described in my story, his rant on a bad goal today is the stuff of legend. In general, I miss old school athletes like him - unforgiving, blunt, demanding and always ready to go to war. No wonder how and why his team won 9 trophies when he was the captain.Toukairin2012 (talk) 22:46, June 19, 2020 (UTC)

I guess I go by the odds. That being said, a contest would not quite be "fair" with one side not taking a shot. It would add even more comical emphasis on Saito's question as to what he got himself involved into. Besides, this new bit gave me quite an idea on how to get Mai involved in my other series of spinoff one-shots on the other website; Kakeru's psychology was the barrier that I couldn't break until now.Toukairin2012 (talk) 21:30, June 23, 2020 (UTC)

I see that one of your chapters in Angel Knight is titled "Heart-Finding Tour of Europe". While waiting to find what this will be about, something just popped up in my mind after I remembered rewatching one of Steven Spielberg's most underrated movies - "Empire of the Sun" the other day. Every time I watch that movie and look at how good Christian Bale was in his first major role as a child actor, emotions are stirred up when I listen to that traditional Welsh song named "Suo Gân " (which simply means "Lullaby" in Welsh). Even if one does not understand the Welsh lyrics at first, I can imagine Keiko being carried away by the emotional power of that ode to motherly love if she make a stop in Wales (ex. Cardiff) and then listens to a local school choir singing it.

I see. Wales would still be a good place to stop by if that is how it will happen. Some people say there are many beautiful and peaceful places over there that would feel like they come out of a fairy tale.Toukairin2012 (talk) 21:40, June 25, 2020 (UTC)

I just read the last bit of description about Keiko's lack of upper body strength. Sounds to me that would be quite goofy if Keiko was brought to solve that problem under the guidance of a fictional gym workout guru who may also be considered as the perfect Mikasa Ackerman cosplayer (abs included), so much that people around just call her as "Mikasa" regardless of her real name.Toukairin2012 (talk) 20:25, July 6, 2020 (UTC)

Mikasa is one of the top protagonists from Attack on Titan, which is arguably the biggest anime/manga hit of the last decade. Thinking of the most badass female anime characters, Mikasa is up there with the likes of Riza Hawkeye (Full Metal Alchemist), Saeko Busujima (Highschool of the Dead), Erza Sacrlet (Fairy Tail), Revy (Black Lagoon), and Motoko Kusanagi (Ghost in the Shell).Toukairin2012 (talk) 22:48, July 6, 2020 (UTC)

Retrieved from "https://areanokishifanon.fandom.com/wiki/User_talk:SkyGuy?oldid=14371"
Community content is available under CC-BY-SA unless otherwise noted.